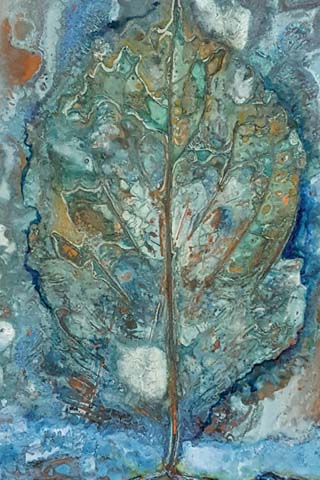 Cathy Vaughn is a full-time artist based in Richmond, Virginia. She received her Bachelor of Fine Arts degree in graphic design from the University of South Carolina and spent 25+ years working as a professional graphic designer. Alongside her work in graphic design, she honed her skills as a copper smith, and as a master craftsman has exhibited her work regionally for many years. Continually exploring her medium and seeking to expand its aesthetic boundaries, in 2014, Cathy developed a new art form. Using her own unique process, Cathy began to create singular works of art by manipulating elements of nature with copper. She named these fine art works “copper abstractions.” Her first solo exhibit, Lasting Impressions, at Richmond's Science Museum of Virginia (February 19 through May 1, 2016), featured a wide selection of her copper abstractions.

In March, 2017, three of Vaughn’s works were selected as best in category at the Art Scientifique exhibition in Fresno CA. The recipient of the Visual Arts Center of Richmond’s 2015 Award for the Innovative Use of Traditional Craft Materials, Cathy Vaughn was also selected for the Peninsula Fine Art Center’s 2015 Virginia Made show which featured 10 Virginia artists whose work crosses from craft to fine art.