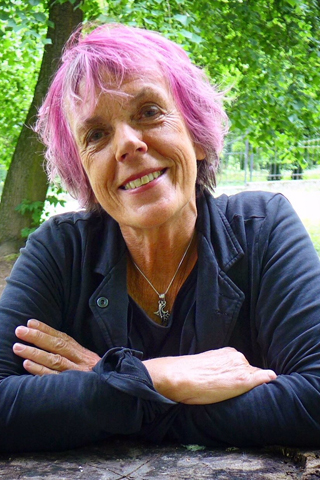 Born in the Netherlands and trained in Amsterdam and Krakow, Nan Mulder was a resident of Scotland until just recently returning to the Netherlands. She has traveled extensively and the viewer senses how her travels and life experiences have influenced her work. Her most recent works reflect her time spent in India and Nepal – prayer, spiritual objects in the hands of friends and sacred offerings.

An articulate advocate for printmaking in general and mezzotint in particular, Ms. Mulder has also used her considerable talents to obtain a MA (with honors) in English Literature at the University of Edinburgh. She has penned a number of articles about mezzotints and mezzotint artists that show a passion for her subject and deep knowledge of both history and technique.