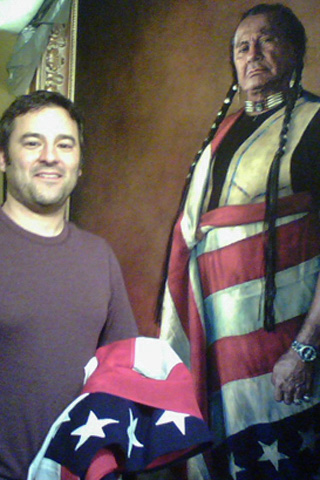 Upon graduating from the prestigious Otis/Parsons Institute of Fine Art in Los Angeles, Bob Coronato moved to Wyoming to pursue a career as a cowboy artist. He now lives for half the year in remote, Hulett, Wyoming and half the year in Arizona. His work has been shown at the High Plains Museum, the Coeur D'Alene Art Auction and in 1995 won Best of Show at the Pendleton Art Show held during the Pendleton Round Up. In October of 2002, Bob was nominated by Southwest Art Magazine for the “Best Artist of the New Century Show” in which he won the Grand Prize and Best of Show. The Smithsonian has recently acquired Bob’s life-size portrait of AIM activist, Russell Means. The Library of Congress has added his various rodeo posters to their collection.