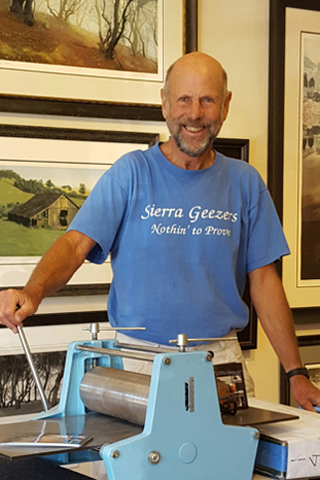 THERE ARE NOW TWO PAGES TO VISIT FOR STEVE'S ETCHINGS! see McMILLAN, SMALLER WORKS for images 9" x 12" and smaller