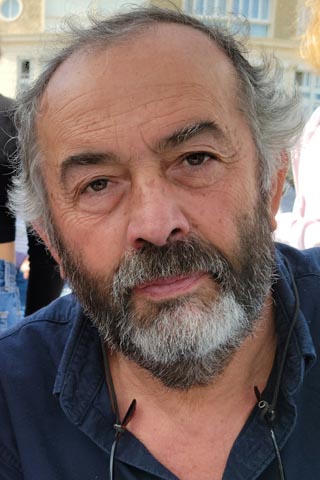 A graduate of the École des Beaux-Artes de Bordeaux, Michel Estèbe began his career as a lithographic printer working for other artists. After working to help others create their prints, Michel decided to use his skills to serve his own works. In the early 1980’s, he began line engraving and in 1987, he started creating mezzotints. His mezzotints are extremely detailed, but in no way photographic. Over the years, this exacting detail has been enhanced with color, using multiple plates, perfectly aligned to maintain the rich darks associated with mezzotint. Many of his prints are a combination of mezzotint and dry-point engraving.

His architectural and botanical elements, shadowed borders and deliberate arrangements not only showcase his ability, but demand the viewer’s attention - much like jewels in a case.

Sort Alphabetically: A to Z
12 Per Page
Prev
1 2 3
Next
Subscribe